Discharge Medical Debt And Secure A Better Future With Bankruptcy

No one in Texas should have to choose between seeking necessary medical care and affording their groceries, but this is the reality for many people. Even patients with health insurance struggle to pay back eye-popping bills after receiving care from a doctor.

For anyone who has received a medical bill, it may come as no surprise to learn that medical debt is the largest contributor to personal bankruptcy. It also becomes easy to understand why some people avoid seeking treatment even when they are suffering.

The estimates are shaky, but the impact is real

A 2014 estimate from former President Obama stated that about one million medical bankruptcies occur every year. However, this statement was based on research from 2009 when America was still in the throes of the Great Recession. At the time, research out of Harvard University supported this claim as it pointed to medical bills as the cause of approximately 62.1 percent — or around 1.4 million — bankruptcies.

Differing methodology in subsequent research makes it difficult to peg down just how many people file for bankruptcy over medical bills. While some studies focus primarily on large medical bills, others include bills as small as $1,000. Other studies examined the effects of having to take off work for two weeks or more because of an illness. Current estimates put medical bankruptcies at approximately 877,372 annually.

Health insurance may not help

As it turns out, people with health insurance file for bankruptcy more often than those without it do. Experts believe that this is because uninsured patients usually prepare for the cost of medical care, whereas those with insurance may not. Unexpected copays and deductibles can quickly add up.

However, even the best-prepared patient can seek care and still find him or herself saddled with an enormous bill. Insurance companies often deny claims after patients have already sought care, even when treatment was necessary. Appealing these decisions often leads to uphill battles that come with even more costs.

You shouldn’t have to choose

As the cost of health care skyrockets, Texas patients will have to make increasingly difficult decisions. Pay rent, or fend off harassing creditors by paying off a few dollars’ worth of interest on a medical bill? While you may feel out of options, there is still hope.

A better, more secure financial future is possible for most people. Bankruptcy is effective at discharging medical debt that has spiraled out of control. While invaluable, bankruptcy law can be confusing, and as such most people find that guidance from an experienced lawyer can make the process go as smoothly as possible. 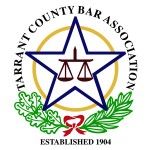 WE'RE HERE FOR YOU